SACRAMENTO, CA – Senator Susan Rubio (D-Baldwin Park) introduced a housing bill on the first day of the legislative session that...

13 hours 27 min ago
Cancer is a disease that impacts all of us – and there is still much more we can do to strengthen cancer research.… https://t.co/D29CQmNqt7

18 hours 8 min ago
Music brings us all together. 🎶 #GRAMMYs https://t.co/UZ9PblGMkN 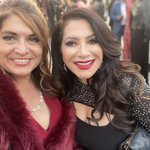 19 hours 25 min ago
You have the power to take charge of your HIV status on your time, in your space. This National Black HIV/AIDS Awar… https://t.co/Kyj601k5Ub

1 day 14 hours ago
#DYK 1 in 3 teens will experience physical, sexual, or emotional abuse from someone they’re in a relationship with… https://t.co/U13nFtqe9D

3 days 17 hours ago
Rosa Parks became a civil rights hero after she refused to give up her seat to a white man in 1955. Today, on the… https://t.co/qCYW0LBV67 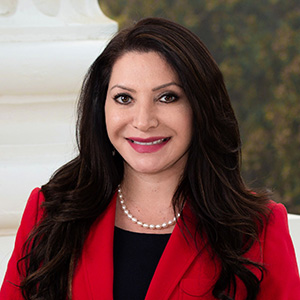 Senator Susan Rubio was elected to the California State Senate in 2018 and represents District 22 in Los Angeles County. Previously, she was a public school teacher for 17 years at Baldwin Park and Monrovia school districts and was an elected official for 13 years in the City of Baldwin Park.

She is the first Latina Chair of the Senate Insurance Committee and is on the Senate leadership team as Assistant Majority Whip. She is a Committee Member of Energy, Utilities, Communications; Health; Transportation; Governmental Organization; and Joint Committee on Rules.  She is Co-Chair of the Wildfire Working group and is also a member of the Senate Housing Working Group.

She is Chair of the Senate Select Committee on Domestic Violence. In addition, she is a Select Committee Member of The Social Determinants of Children’s Well-Being; Asian Pacific Islander Affairs; Mental Health; California-Mexico Cooperation; and California, Armenia and Artsakh Mutual Trade, Art and Cultural Exchange. She is also a Member of the Latino Legislative Caucus, Legislative Jewish Caucus, Los Angeles Caucus, San Gabriel Valley Caucus and Legislative Women’s Caucus.

Born in Juarez, Mexico, Senator Rubio is the proud daughter of a former bracero worker and housekeeper. She attended East Los Angeles College and later earned a Master’s Degree in Education from Azusa Pacific University. She now lives in Baldwin Park, California.